Enjoy country tranquility in our 1860's home, built during the Civil War. The house has been maintained in much of its original condition, with the B&B addition added in 2002.

Stroll around flower gardens in the large back yard.  Relax on the large deck area or the "Tea House" gazebo.

A large garden supplies vegetables along with fresh strawberries, raspberries and black berries.

Read the intriguing history of early property owner, James McCleland, who served in the War of 1812, moved west and became the first Post-Master of Guttenberg.  Later, after shooting the County Sheriff, McCleland was charged with the first murder in Clayton County. 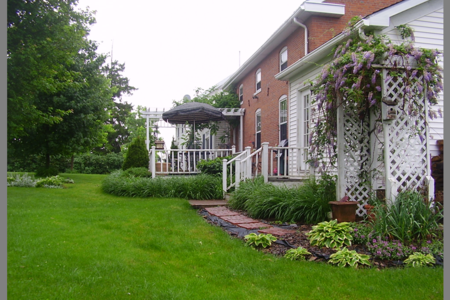